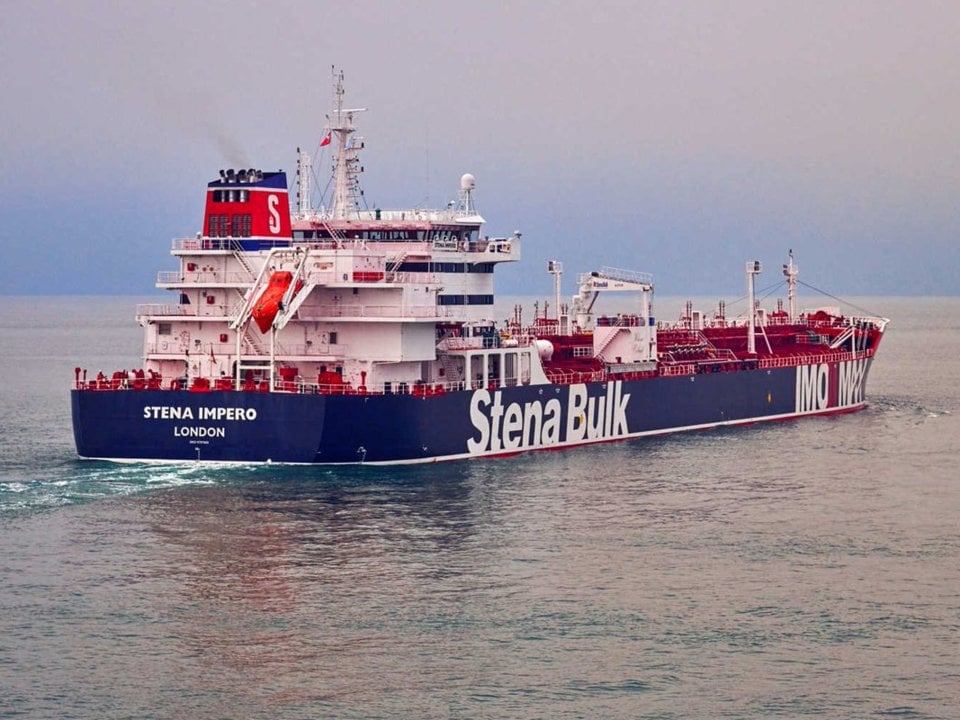 The Stena Impero, a British-flagged vessel owned by Stena Bulk.

An audio recording has emerged revealing the exchange between a Royal Navy frigate and Iranian armed forces moments before a British tanker was seized in the Strait of Hormuz on Friday.

The radio recording was obtained by the British maritime security firm Dryad Global and first reported by BBC News.

According to the BBC, the recording showed how the Iranian vessel informed HMS Melrose that they wanted to inspect the British tanker for security reasons and asked Stena Impero, the now seized UK-flagged ship, to change its course.

“If you obey you will be safe,” it said, according to BBC News.

HMS Melrose then communicated with Stena Impero, saying: “This is British warship F236. I reiterate, that as you are conducting transit passage in a recognized international strait, under international law your passage must not be impaired, impeded, obstructed or hampered.”

HMS Melrose asked the Iranian vessel to confirm that it is not “intending to violate international law” by attempting to board the tanker.

A spokesperson for Dryad Global did not immediately respond to Business Insider’s request for comment.

Iran seized two British tankers – Stena Impero, a British-flagged, Swedish-based tanker and Mesdar, a Liberian-flagged ship operated by a UK shipping firm – in the Strait of Hormuz within hours of each other on Friday. Mesdar was released shortly after.

UK Foreign Secretary Jeremy Hunt warned on Twitter that this behavior was “illegal.”

“Yesterday’s action in Gulf shows worrying signs Iran may be choosing a dangerous path of illegal and destabilising behavior after Gibraltar’s LEGAL detention of oil bound for Syria,” Hunt tweeted.

“As I said yesterday our reaction will be considered but robust. We have been trying to find a way to resolve Grace1 issue but WILL ensure the safety of our shipping.”

The head of the Ports and Maritime Organisation of Iran in Hormozgan Province told state TV on Sunday that all 23 crew members were “safe and in good health.”