Reports issued by the Saudi-led coalition that is active in Yemen, state that they had foiled a potential attack on a crude oil tanker in the Gulf of Aden. The attack was reported in a coalition briefing as having taken place on 3 Mar 20 approx. 90 nm SE of the Yemeni port of Nishtun, situated on Yemen’s SE coast The attack is reported to have entailed three boats which attempted to attack the ship and trigger an explosion. It is also suggested that one of the skiffs was unmanned and was water-borne improvised explosive device (WBIED). 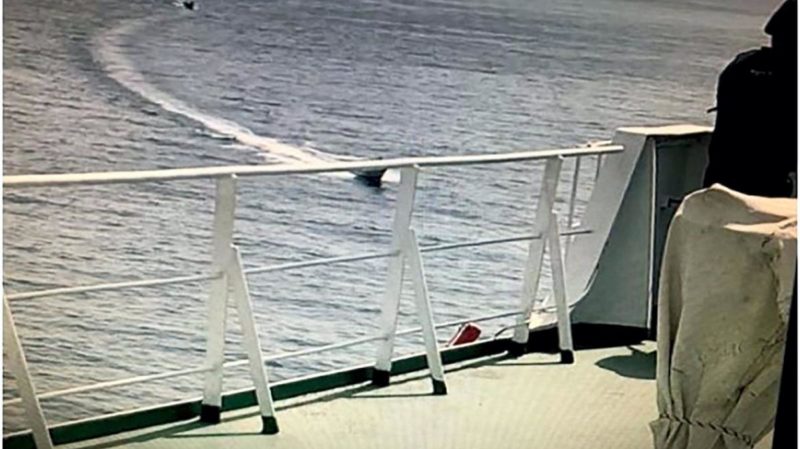 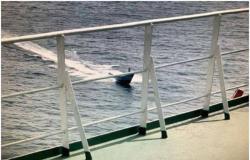 The initial Coalition briefing provided a slightly different location for the incident to that of original source reports from UKMTO who placed the incident 95nm SW of the Port of Nishtun.

The vessel under attack was identified by TankerTrackers.com as being the Saudi flagged Aframax MT GLADIOLUS IMO 9169548. Analysis of the vessel indicate that she maintained a consistent speed of 10.9kts throughout and did not alter her course.

A number of photos purporting to have been taken from the deck of the GLADIOLUS show a small unmanned fishing vessel at speed in close proximity to the vessel. A video posted online by twitter user @MaritimeSecuri1 reportedly taken by a vessel in the vicinity shows a large black plume of smoke on the horizon indicating an explosion has occurred.

No Meta or Exif data was able to be exploited from the images or video thus neither have been corroborated as authentic by Dryad however we currently have no reason to doubt their authenticity as genuine images.

Images that have been released to date are of average quality and only allow limited contextual understanding. Key questions remain around the precise nature of the attack and the methods used to interdict it.  Whilst there is no doubt that an incident occurred, it is incumbent upon Saudi Arabia to provide full transparency with regards to both the risks to commercial vessels in the region and the nature of its mitigation capability in response to this. 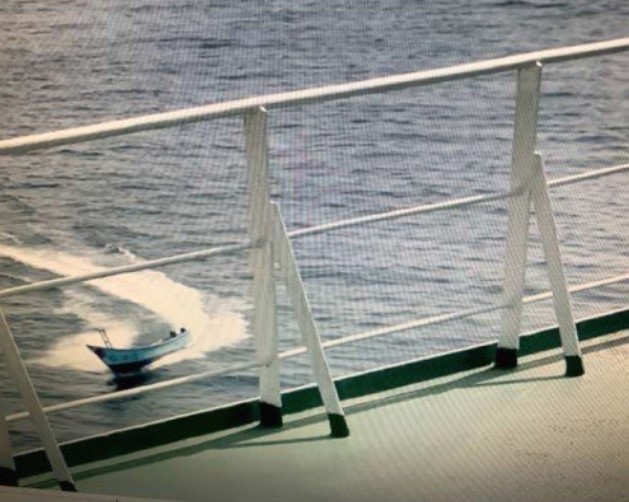 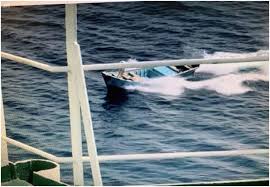 It is unusual in this specific instance that there is a considerable degree of photographic evidence of the alleged attack. Indeed a key image is of the fishing vessel approaching at speed in very close proximity to the tanker. A second image shows the approaching vessel in a turn to starboard and appearing to be alongside the tanker. A third image from a video posted online purports to show a plume of black smoke on the horizon, alleging to be from an explosion in the vicinity of the incident. This does not tally with the Saudi narrative of events that the vessel was successfully interdicted and an attack prevented. Whilst analysis of the available imagery is limited and must be kept within perspective of both known capabilities and strategic narratives, it is reasonable to assume that a deliberate attack at such a close range would leave little time for interception, and if involving a vessel laden with explosives, would likely result in damage to the tanker being incurred. That no change in course or speed were recorded gives rise to the notion that the vessel may have been destroyed before impact. This however gives rise to questions over why the vessel, laden with explosives and intent on attacking the Saudi tanker would have altered course at the last moment. Significantly, the images show a small craft riding high on the plain at speed and entering a sharp turn to her starboard side. Considering that any vessel designed to target a double hulled steel tanker would require a significant volume of High Explosives and potentially shaped charges, capable of clear penetration of the hull, adding significant weight to the vessel, this vessel does not exhibit many of the characteristics you would expect of a weaponised boat.

The positioning of the photographer on deck, at the right place and time could be regarded as mere luck or selective placement; the presence of a fast approaching unmanned speedboat at such close range to a laden vessel would not usually prompt a crew members to take photographs of what potentially could be a significant explosion. Indeed as the video proports to show a large plume of smoke resulting from an explosion, it would be logical that Saudi Arabia would provide these images alongside the ones released regarding the alleged attack.

This attack also does not mirror previous Houthi attacks, which have principally involved attacks within the Red Sea. Conducting such attacks in this area has afforded Houthis with a relative degree of success in light of their freedom of movement and relative lack of international coalition presence in the area. This was particularly the case with attacks on vessels via Iranian supplied rockets in the vicinity of the Hanish Islands.

Assuming that such an attack was launched from shore it would be logical to assume that considering fuel and supply considerations and the ultimate intention of the attack, that the vessels were launched from somewhere along the southern coast of Yemen. In addition, the risks to perpetrators of conducting an attack within the GoA compared to the Red Sea are significantly increased due to the comparative volume of international naval coalition vessels. The location is further questionable as this is an area predominantly controlled by the Southern Transitional Council with limited Houthi Rebel presence. Houthi rebels are increasingly concentrated within the West of Yemen focusing on the strategic port town of Al Hudaydah. The conduct of an attack in the manner reported, in this location, does not fit with current methods of attack.

Such attacks occur within a methodology which is successful and occurs within a broader framework of attacks which has a significant backlog of previous analysis attached to it. The same cannot be said for the use of WBIEDs within this area. Due to the factors outlined above, it remains a realistic possibility that this attack has either not occurred in the manner Saudi Arabia has portrayed it has, or has been knowingly exaggerated for strategic effect.

An attack of this nature allows Saudi Arabia to deepen its narrative which presents Houthi rebels as a clear threat to its regional interests, and solidifies a justification for the war within Yemen. Following the recent years destabilising regional events, and the projection of Iranian power, Saudi Arabia is also keen to act in a manner which projects the notion that it is the ‘regional enabler’ which provides a counterbalance to Iranian influence. Efforts which are either illicit or covert would not be a new phenomenon for either Saudi Arabia or Iran, and cannot be ruled out. Within a US election cycle which will only continue to escalate, Saudi Arabia will be keen to portray itself as a keen defender of US interests in the region, in the hope of a deepened relationship come the potential re-election of President Trump.

In a situation such as this, and with a number of regional stakeholders vying for control of not just territory or assets, but also narratives, it is important to consider alternative viewpoints. Saudi statements should be given a fair and thorough analysis, however when contextualised they must be seen as only one of a number of competing narratives, which in this instance lacks sufficient evidence.