Following the incident involving the Iranian-flagged MT Sabiti, further evidence has come to light showing damage to the vessels hull at the starboard side. The vessel, which was within the Red Sea and off the coast of the Saudi port of Jeddah, has leaked oil – the extent of which has yet to be established. Iranian sources have stated that the vessel is currently ‘stable’.

As a result of this incident, it is increasingly clear that there has been a corresponding increase in risk within the region, specifically within the Red Sea, and that this incident, regardless of credibility or authenticity, represents a significant departure from what has been witnessed to date.

Dryad assess that the risk to all Saudi flagged vessels within the Red Sea and off the coast of Yemen, and additionally within the Gulf of Oman and the Persian Gulf is high. The risk to wider, non-Saudi flag vessels, which are transiting the Southern Red Sea, specifically the Yemen coast and in vicinity of the Hanish Islands, is assessed as moderate. These assessments are made on the basis of the underlying risk presented by Iranian attempts to legitimise counter action against what it perceives to be its adversaries within the region and the increased likelihood that Iran will once again seek to use its proxies in Yemen to target Saudi vessels in this area. The risk to non-Saudi flagged vessels within the Persian Gulf and Gulf of Oman remains low. However, there is a heightened risk of interaction with and harassment from the IRGC(N) against those vessels whose states form part of the American-led maritime convoy, ‘Operation Sentinel’.

Whilst imagery of the MT Sabiti has since been released, which shows that the starboard side has been damaged, there remains considerable dubiety regarding claims made by Iranian state media that it was caused by missiles launched from the Eastern coast of the Red Sea. Such a narrative would directly implicate Saudi Arabia, which, regardless of the credibility of the claim, is the clear intention of Iran.  Based on these events, it is clear that Iran is now seeking to publicly legitimise counteraction against its adversaries within the region, a strategy which is likely to precipitate future incidents in the short-to-medium term.

There remain significant questions of credibility surrounding several Iranian assertions. Principally that the vessel was hit by a projectile fired from the Eastern Red Sea, the implication that responsibility may lie with Saudi Arabia, and the nature of the explosion that subsequently led to the leak of cargo. Currently there is no plausible narrative that would match Saudi Arabia’s strategic aims in the region with conducting such an attack. Additionally, expected blast diagnostics as seen in previous incidents of this nature are notably absent in the latest images.

While there is analytical scepticism surrounding the exact circumstances of the MT Sabiti incident, it is indicative of a pattern of attacks and incidents over the past year which has seen attacks on Saudi allied vessels, Saudi vessels and Saudi oil infrastructure. This timeline supports the narrative that Iran continues to harass and disrupt Saudi interests within the wider region, as all of these attacks have realistically implicated either Iran or a proxy of Iran. 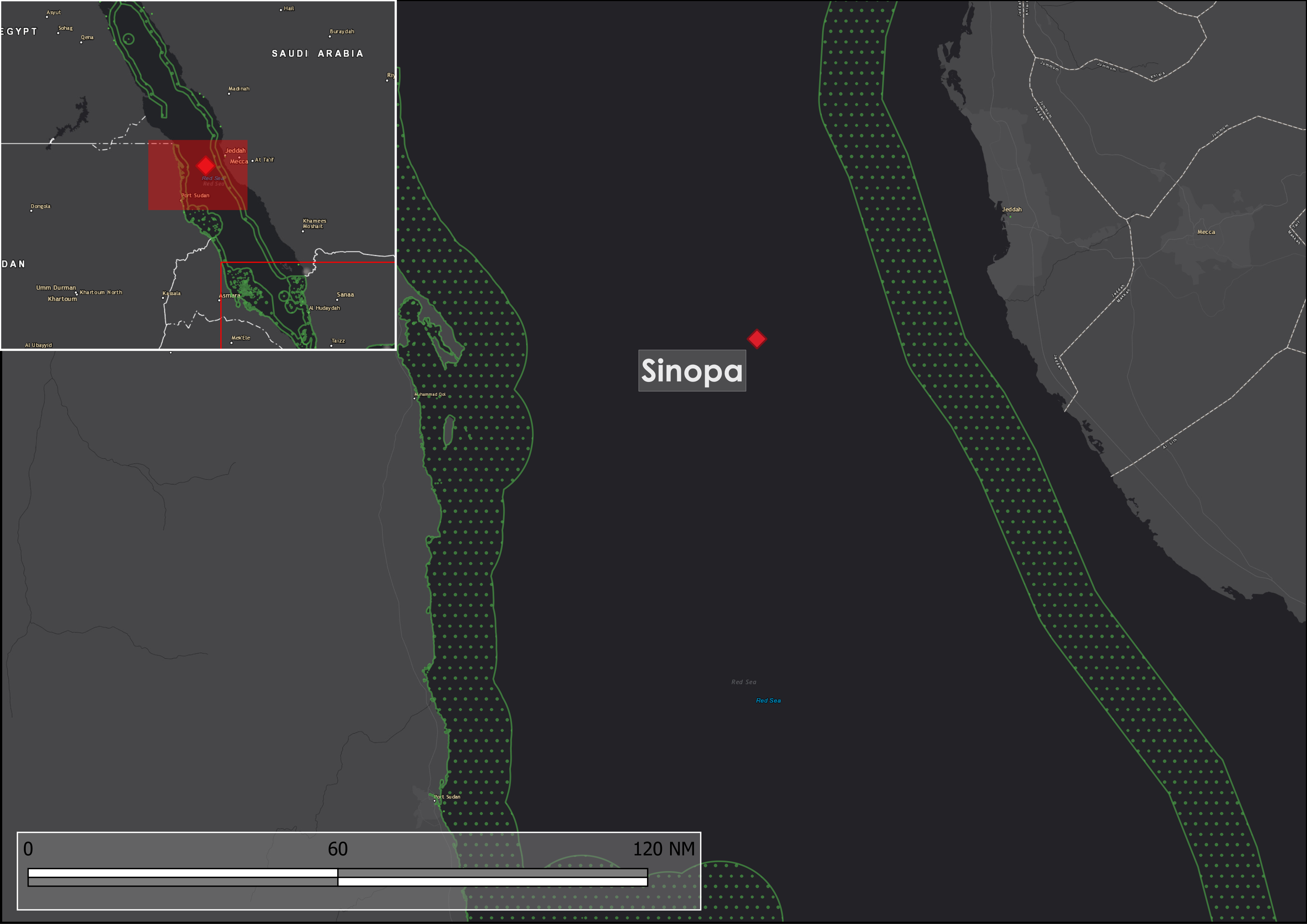 Vessels are encouraged to remain mindful of their proximity to Saudi-flagged vessels, especially when in transit within the Red Sea, as well as when at loading or unloading or at anchor within the Gulf of Oman or Persian Gulf. The MT Sabiti incident follows a month of stability after the

series of Iranian linked incidents this summer. It is a realistic possibility that shipping within the region is once again entering a more unsettled period. Tensions remain as Iran continues efforts to extend its regional influence and establish greater geopolitical leverage to act as a bulwark against what it sees as bellicose rhetoric and aggressive economic sanctions from the US. Accordingly, it is clear that a risk will be present in the region in the short-to-medium term.