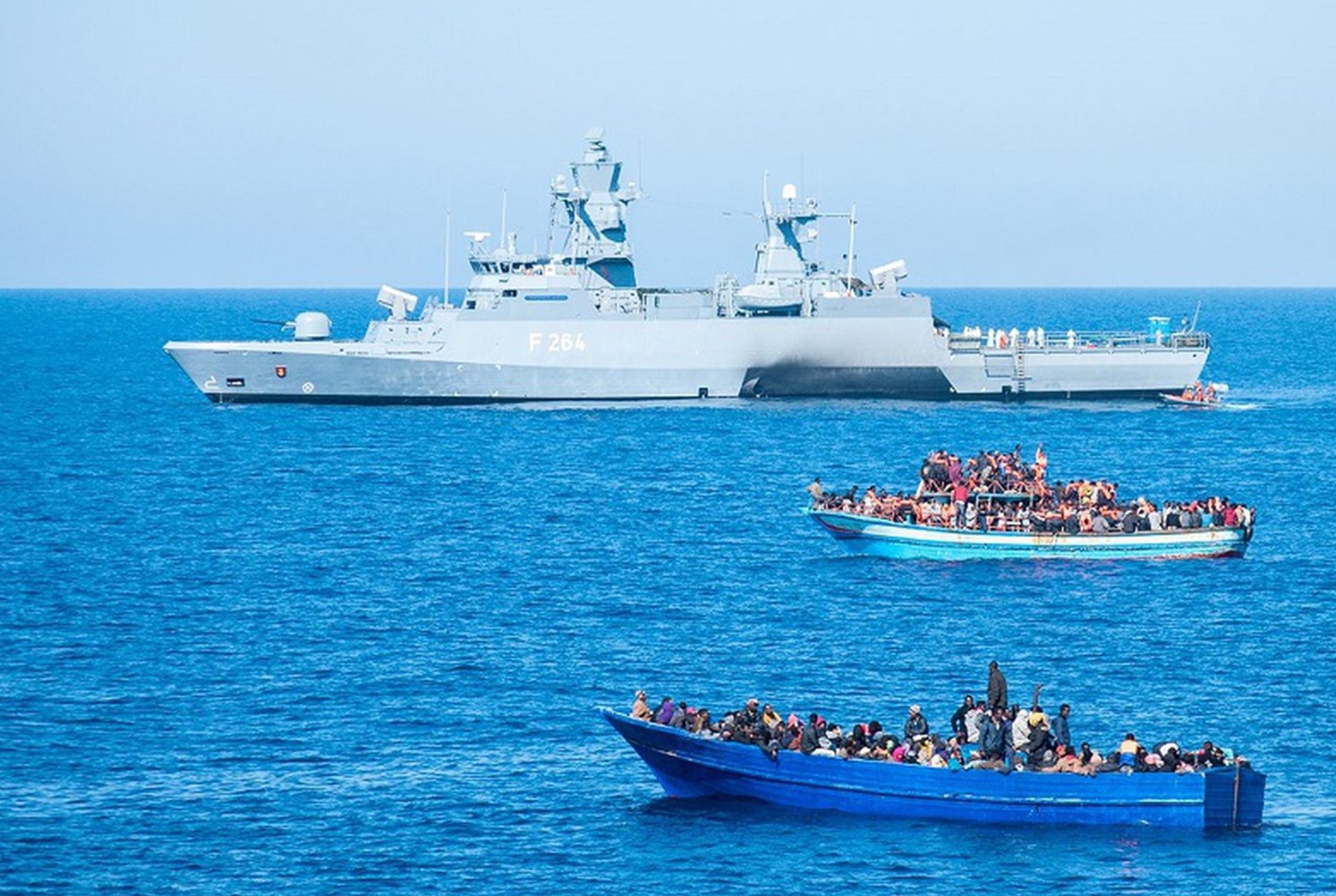 With just over a month remaining on the mandate of Operation Sophia, the European maritime security and humanitarian assistance mission to the Mediterranean, doubts persist as to the measures European countries will seek to take to ensure control over their marine borders.

Following the cessation of Operation Sophia on 31 March, a new mission will be created primarily aimed at enforcing a UN-imposed arms embargo on Libya through the combined application of aerial, satellite and maritime assets.

When contacted, a spokesperson for the European Commission said that the details of the mission were still being developed and it was unknown whether it would immediately succeed the current deployment. The new mission is being drawn up by the EU27, following the UK’s withdrawal from the EU in January 2020.

A UK MoD spokesperson said that the country supported the UN arms embargo on Libya. It is not known what role – if any – the UK may have in supporting this and any future European mission.

Operation Sophia presently only comprises airborne assets with no European naval vessels currently committed to the mission, according to official figures. The operation’s three main objectives are to conduct SAR operations for migrants in distress at sea, support the UN arms embargo against Libya and train the country’s coast guard.

Tens of thousands of migrants have attempted to cross the Mediterranean in recent years, primarily through smuggling sites in Libya but also through a number of other locations along the North African coast.

Thousands are thought to have died trying to make the crossing, pressed into unsafe, overcrowded craft. Although exact figures are unclear, the International Organization for Migration (IOM) has confirmed that more than 2,000 migrants have died since 2014.

Sophia Bellas, Middle East analyst at maritime observers Dryad Global, said that ‘nothing in theory changes’ regarding the migrant rescue aspect of any future European mission, although the likelihood ‘undoubtedly increases’ of migrant vessels being an obstacle to warships. ‘I wouldn’t want to overstate these challenges, but it’s something vessels need to be mindful of,’ she explained.

‘Migrant numbers are usually higher in the summer months, so we will probably see the full effect of the winding down of Op Sophia then – though of course the larger push/pull factor for if migrants decide to take their chance on a Mediterranean crossing is if the war in Tripoli intensifies.’

Bellas added: ‘In terms of the naval blockade, I think in some form it probably will go ahead, but the history of diplomatic or international cooperation having a real effect in Libya, or lasting into the longer term, is not great in recent years. There are a lot of competing interests in Libya between EU nations, most notably France and Italy, and I question whether they will in the end be able to meaningfully work together.’

France and Italy are backing rival sides in the Libyan civil war, with the former supporting the UN-backed government in Tripoli and the latter the Haftar-led Government of National Accord. Fighting has intensified in recent months, with reports on 18 February that the port of Tripoli was attacked by artillery shelling, with some damage to infrastructure.

There is also the risk that, given European officials have been clear about the intention and likely location of a post Sophia mission, state and non-state actors could funnel migrants through the region to hamper the embargo efforts. In addition, it would put in place a humanitarian burden on European naval vessels, although it has been stated by Europe that naval ships could be removed from the area if they serve as a ‘pull factor’ in the event of a migrant surge.

This apparent weakness in the new mission directive could be exploited and it runs contrary to the rules and regulations set by the UN Convention for the Law of the Sea and the International Convention for the Safety of Life at Sea, which require vessels – including warships – to render assistance to anyone in distress at sea.

‘Bear in mind that Russia is a key backer of the Libyan National Army who control the east of Libya. It would be in Russia’s interest to shape Libyan events to create a European migrant crisis such as we saw in 2015, which led to wide scale instability in the EU,’ Bellas warned.