Gulf of Mexico – Fired Upon and Boarding 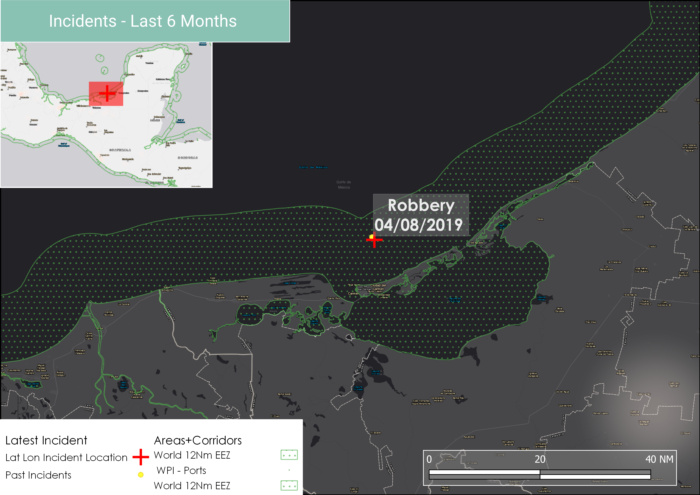 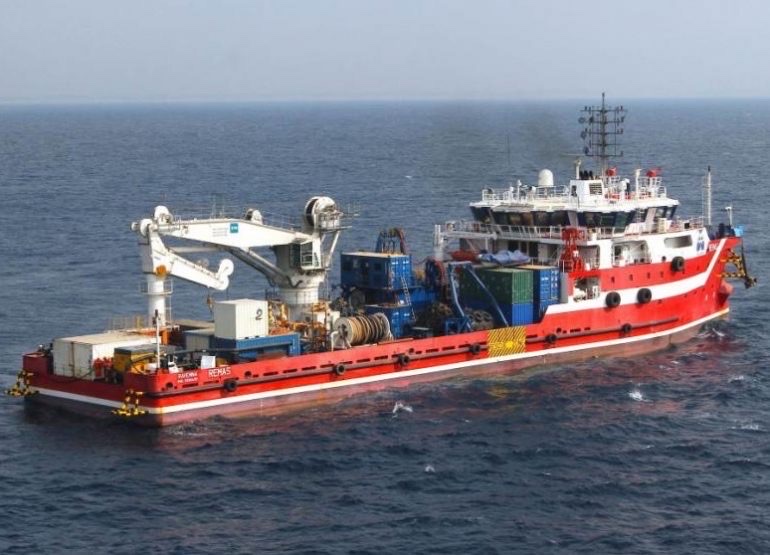 Reporting indicates that an Italian flagged OSV was boarded by eight armed men within the Gulf of Mexico. Upon boarding the vessel shots were fired, the 35 crew managed to fend of the attackers who fled with some of the crews valuables. One crew member is understood to have been shot in the leg and another was assaulted. The Mexican Navy attended and supported the vessel in transiting the two wounded crew members ashore.

This is the fifth incident to affect Mexican oil infrastructure in the Gulf within 2019. Pirates are known to originate from Campech state where a lack of robust legal enforcement and high unemployment as well as a significant cartel presence has led to an increase in maritime crime. There have been reports of violent clashes between local fishermen, environmental groups, and NGOs in the Gulf of Mexico in recent months. The activities of these group often prompt protests by local fishermen and attacks against their property. Attacks in this region are often violent and involve the use of firearms. Attacks are primarily motivated towards robbery with the onshore risk of kidnapping yet to translate to offshore. The Mexican state oil company, Pemex, has become an increasing target for pirate attacks. In 2016, there were 48 acts of piracy in the Bay of Campeche and off the coast of Tabasco, 147 attacks and, in 2018, there were 197 attacks on Pemex’s offshore platforms. There are reports that ships docked at the Dos Bocas port in Tabasco, Ciudad del Carmen, Las Coloradas, and Atasta have suffered robberies or attempted robberies. Violence in the port cities of Mexico is extremely high as various cartels fight for overall control. In the east, the Los Zetas cartel retain control of the major ports, but are in constant combat against their rivals, the Gulf and Sinaloa cartels, who cannot afford to allow the feared and hated Zetas uncontested control of such crucial assets.It is assessed that the risk to vessels within the Gulf of Mexico is MODERATE. Vessels should employ full BMP5 measures within 50Nm of Campech state.

A list of previous attacks on vessels is to be found below:

Crew on board a maintenance pontoon reported ship’s stores and properties were stolen. A machete was found near the store room. Master later received information from another vessel in the vicinity, that robbers had attempted to board their vessel also. Incident reported to the Mexican Coast Guard/Navy. Patrol boats were dispatched to investigate.

A group of four armed men boarded a fishing boat off the coast of Seybaplaya, State of Campeche, and robbed the two fishermen on board at gunpoint. The suspects tied up the fishermen, cut the battery cord, and stole their fuel tank and engine before fleeing the scene. The pair was rescued by other fishermen hours later. The incident is just one of many that has taken place off the coast of the states of Campeche and Yucatan in 2019. The primary targets have been fishermen, with the primary items stolen been outboard motors. However, other maritime incidents in the region have included the theft of items from offshore oil platforms. Fishermen have said that they were going to arm themselves to prevent such incidents, probably leading to more violent confrontations in the waters around the Yucatan Peninsula.

Attacks on Oil Rigs in waters off Campeche State

There have several attacks on oil rigs in Mexican TTW in recent months. In response, President López Obrador has announced that the Mexican navy would maintain permanent operations off the coast of Dos Bocas, Tabasco.

April 21st: Fortius rig, off the coast of Campeche.

Local media has reported that an Oro Negro owned rig was attack by pirates. Witnesses described that at least six men armed with guns and knives boarded the rig at 2130 LT and proceeded directly to the crews quarter’s on third floor. After locking up workers in the cafeteria, the thieves wandered freely, looting equipment, materials, money and anything of value they could carry. the pirates locked the crew in the cafeteria and proceeded to loot equipment, materials and money. The pirates departed the rig at 0400 LT Monday April 22nd after the rig’s captain sent an emergency alert to authorities.

Local media reported that the Abkatun-A platform was surrounded by a pirate group of 23 boats. There are no details of the attack methodology used, but further reports indicate that the perimeter lighting of the rig’s heliport as well as 84 meters of cable were stolen