Did the UK just blink in its standoff with Iran?

At 1340 UTC the detained VLCC Grace 1 signalled a new destination of Morocco and at 1352 UTC was seen to revert the entry back to its original entry. The Grace 1 has been detained in waters off Gibraltar since her arrest by the UK, under suspicion of violating EU sanctions and transferring oil to Syria. As a result of the detention Iran retaliated and detained the UK flagged vessel Stenna Impero. 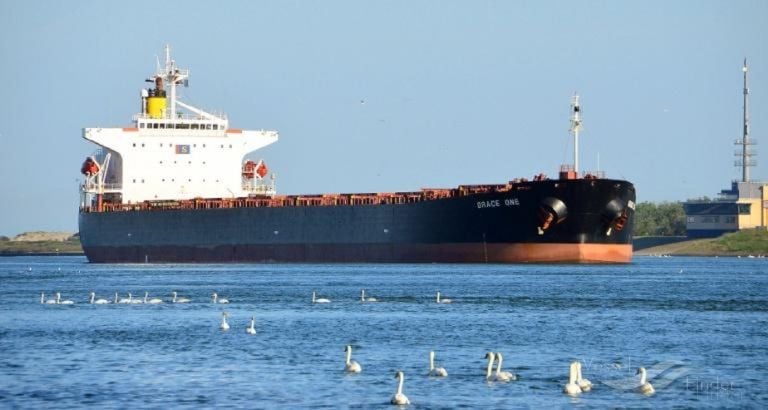 The recent change in destination signal by the Grace 1 is highly unexpected, given both the current un-flagged status of the vessel and the complexities surrounding the future of its cargo of 2.1m barrels of light Iranian crude. However, it should be noted that the entry of a new destination within the vessel AIS system is a deliberate act and may provide an insight into what may be occurring behind the scenes of the Grace 1.

It is important to note that the detention of the Grace 1 and the subsequent standoff with Iran, is set against the backdrop of an increasingly complex domestic political agenda within the UK. The recently appointed UK Foreign Secretary, Dominic Raab, has stated that there would be no negotiation and vessel swap with Iran, and has denied allegations of 3rd party involvement in mediation. As such, it is highly likely that should the vessel be released soon, this would not form part of an arranged vessel swap. It is more likely that if the vessel is released, that this would form part of a calculation that would assess that Iran would, in time, see the subsequent and reciprocal release of the Stena Impero as being within its national interest also.

In addition, it highly likely that the release of the Grace 1 would, in the short term, significantly reduce tensions within the Persian Gulf. In particular, the risk to UK flagged vessels would be anticipated to reduce considerably, however IRGC(N) would likely still possess the intent to assert its influence within the Strait of Hormuz, and the potential for other vessels to be temporarily be detained in Iranian waters would persist. In line with this assessment, vessels are reminded to ensure that navigation and position data is cross referenced with reliable incorruptible means. Dryad also continues to advise that vessels refrain from the taking of unarmed security advisors through the Strait of Hormuz, as this is likely to be seen by Iran as an antagonistic and escalatory measure.

Since the detention of the Stena Impero the UK has found itself in a deeply uncomfortable diplomatic position. The UK is poised to take military action alongside the US, under the auspices of Operation Sentinel; a move which is juxtaposed with the EU approach, with whom the UK remains engaged with Iran around the preservation of the JCPOA. The EU also remains opposed to a US led military position within the region. Should the Grace 1 be released, it is highly likely that this will occur within the broader context of domestic political pressures within the UK, and could be seen as an attempt to reduce the number of foreign policy factors the UK has to contend with whilst rapidly ensuring a delivery of the UK governments Brexit proposals. It is highly possible that behind the scenes, the bite of realpolitik has resulted in a need to remove the issue of the Grace 1 from the UK political agenda, in advance of a potential general election. In doing so, the UK also creates a degree of breathing space wherein it can allow itself to not necessarily take a firm position on military action alongside the US.

However, it must be noted that any release of the Grace 1 without a concurrent Iranian action or public statement adhering to British proposals would indicate a foreign policy failure for the UK, and would result in a loss of face within the Middle East. It is, inevitably, a likely response to British overreach on this issue, which was potentially encouraged by a desire to appear strong on the international stage at a time of great political flux for the UK. Whilst the British government will know this incident will result in a loss of influence, and the international community will also recognize this, as has been discussed the release of the Grace 1, if so, is influence by the UK domestic agenda. With a general election likely in the short term, the British government can rest confident that this issue will likely not cut through with the British public. Furthermore, this issue is likely to be hidden or soon forgotten within a news cycle increasingly dominated by a potential ‘no deal’ Brexit. From a British perspective, the run up to Brexit is a ‘good period to bury bad news,’ and the potential release of the Grace 1 certainly falls into this category.