Attack’ of two oil tankers in Gulf of Oman is ‘suspicious’, says Iran as crew are rescued

The vessel was described as being 'on fire and adrift' in the Gulf of Oman. Credit: AP 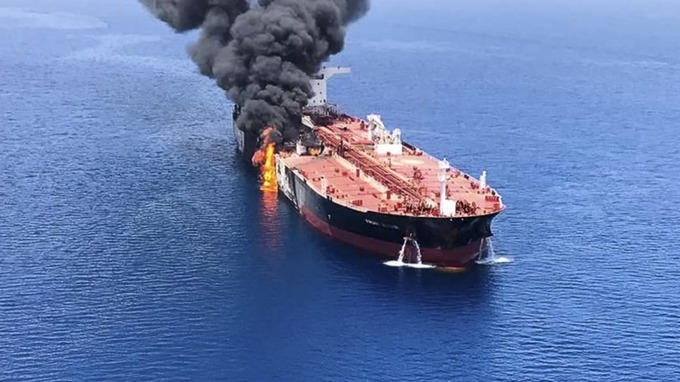 Two oil tankers in the Gulf of Oman, near the strategic Strait of Hormuz, have reportedly been attacked, the US navy said, with Iran describing the incident as “suspicious”.

A South Korean company confirmed that all the 23 crew aboard one of the tankers had been rescued by one of its cargo vessels sailing in the area.

Meanwhile, Iranian state television reported that 44 sailors from the two tankers had been transferred to an Iranian port in the southern province of Hormozgan.

The Navy and the ship’s owners offered no explanation on what weapon caused the damage to the MT Front Altair and the Kokuka Courageous, though all say the ships had been targeted in an attack.